THE PURPOSE OF OUTENIQUA MOON

Our purpose is to save the Heavy Draft Percheron Horses and restore that magical partnership between horses and humans and to show a way to rediscover the earth, the horse and ourselves; to recreate a seamless harmonious balance between ourselves and nature and the way to real green, sustainable farming.

Most importantly we want to show the world the worth of the heavy draft horses and at last get them the protection and recognition they deserve. We want to continue to breed the Percherons and we have created a sanctuary for other heavy draft horses who have been abused and are without homes to date we have rescued six Percherons and seven other horses. We do re-home horses to good lifetime homes.

We also breed Percherons to increase their numbers and we do sell only to excellent homes. All the money generated goes back into the farm in order to keep the horses going. The money from the books will also go into keeping the horses going.  It is a most costly mission but the books we hope will enable us to continue.

We will be farming vegetables in addition to alfalfa, teff and oat hay for the horses in the future. A lot of our farming operations will be done using horses instead of tractors and will be organic. Our main supply of fertilizer is horse manure and we do have a worm farm. The vegetables will be to feed the staff and guests at Outeniqua Moon and supply a soup kitchen at our local school to help provide for the children.

We will also keep 20 Inguni cows and one bull (indigenous to South Africa) on the lower pastures and sheep with the horses.

Every religion on this earth without exception has revered the horse as being one of God’s finest creatures and in the moonlight and starlight whilst standing or sitting next the great horses at Outeniqua Moon you can actually realise the awesome power and beauty of Devine imagination. And if you are really lucky and humble you can see that you are also part of that immense imagination; sitting bare headed in the starlight next to great horses keeping company with giants on the eternal stage. That experience is enough for a whole lifetime and that is why we still suffer for our horses and why we carry so much reverence and love in our hearts for them and everything on this green earth our wonderful home in space. 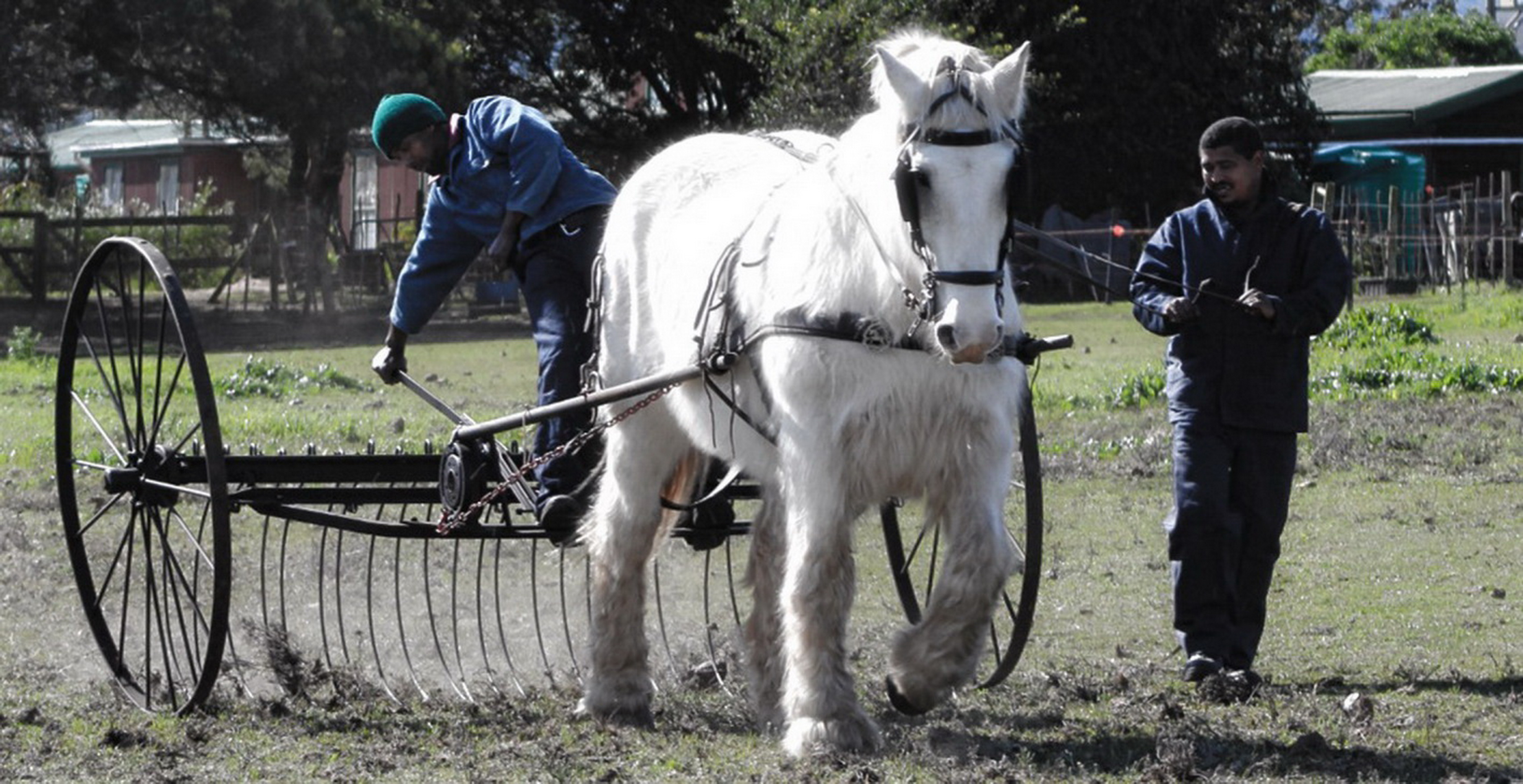 THE PLIGHT OF THE HEAVY DRAFT HORSES

The advent of the internal combustion engine led directly to the slaughter of these fabulous animals that transported humans and their goods around for over two thousand years. The heavy horse changed the world and the way people survived in it.

The Romans used them to pull their heavy catapults and siege towers along. In Medieval times the heavy horse; fully armoured, carrying a fully armoured and armed knight put against lightly armoured cavalry on their much smaller horses had the same effect as putting a tank in amongst lightly armoured vehicles. The horses were a lot prettier than a tank though.

Since then the heavy horse has been revered and used by people in every walk of life. The industrial revolution would not have happened without the heavy horse. The heavy horse pulled loads, coaches, busses, ploughs where power was needed the horse came to the fore, and hence the phrase ‘horse power’ by which the output of the internal combustion engine, which replaced the horse, was and still is, measured.

A good trainer can teach a horse about 450 commands; a dog 50 and an ox 8. One only has to watch the Lipizzaner dance to realize just how intelligent they are. The heavy horse has a quiet, thoughtful intelligence which shines in them.

Millions of heavy draft horses all over the world were slaughtered when they were no longer needed and replaced by the truck and tractor. If we think about it, it is a worse blunder than killing any wild animal. These were highly intelligent creatures that served us unselfishly and we repaid them with slaughter.

Their survival is more important to our collective consciousness than we realize. They are our last link to a world that depended on horse power and not machines to feed people. When we lose them we are in danger of losing our humanity and becoming machines like the ones we use. 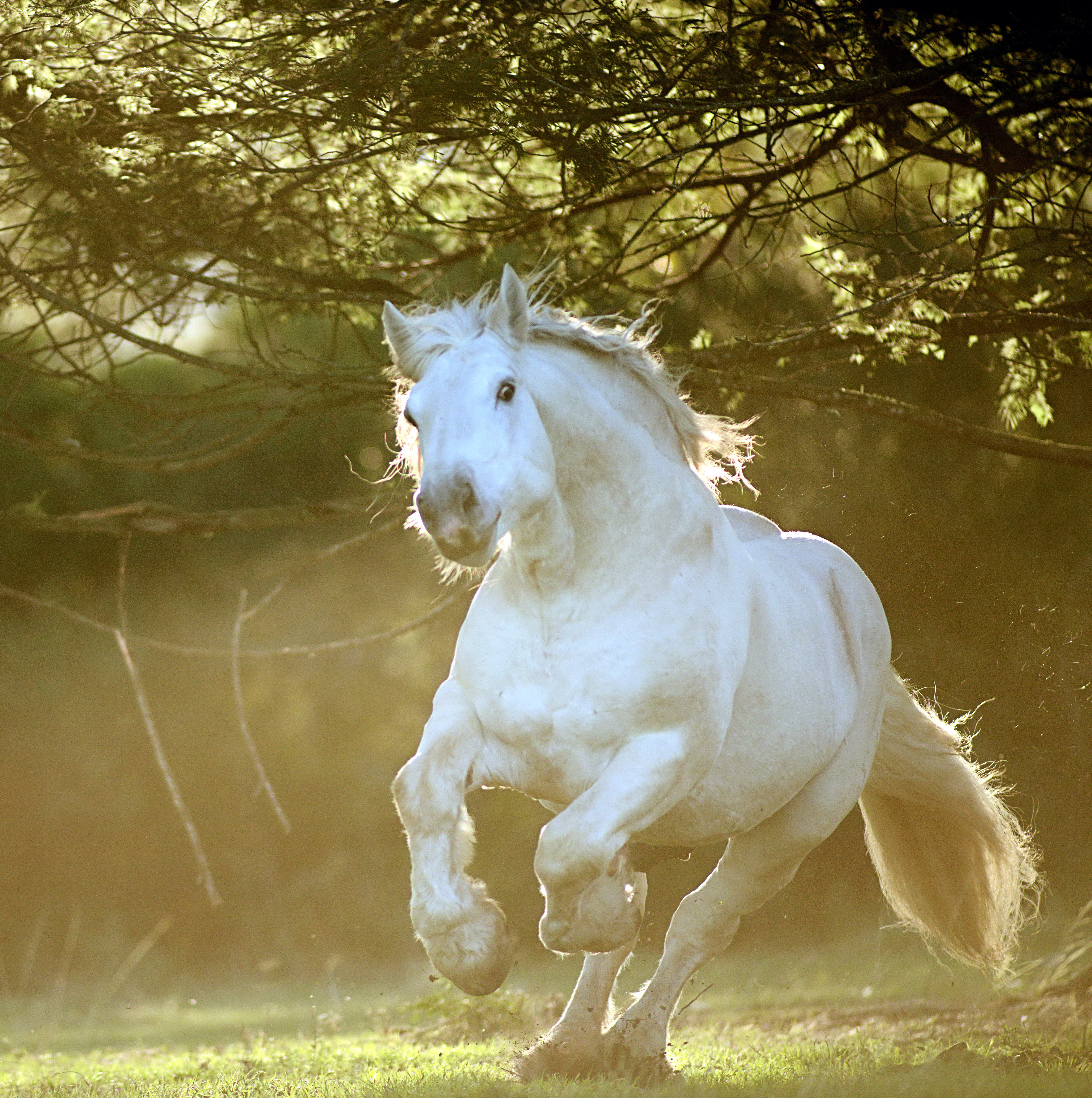 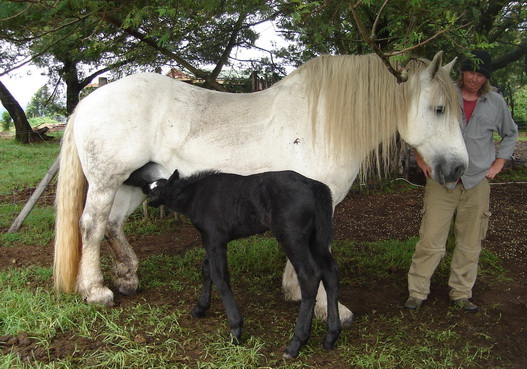 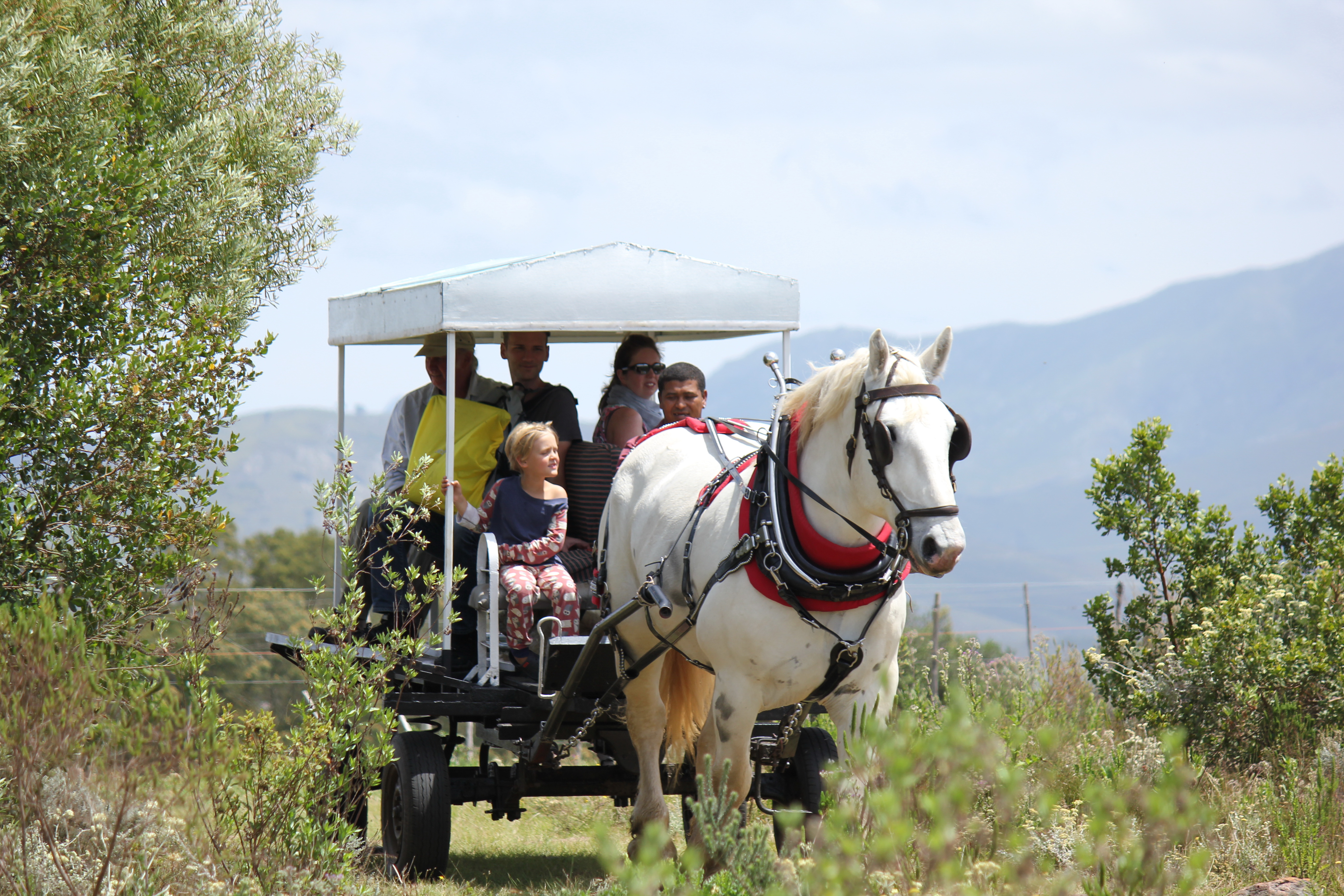 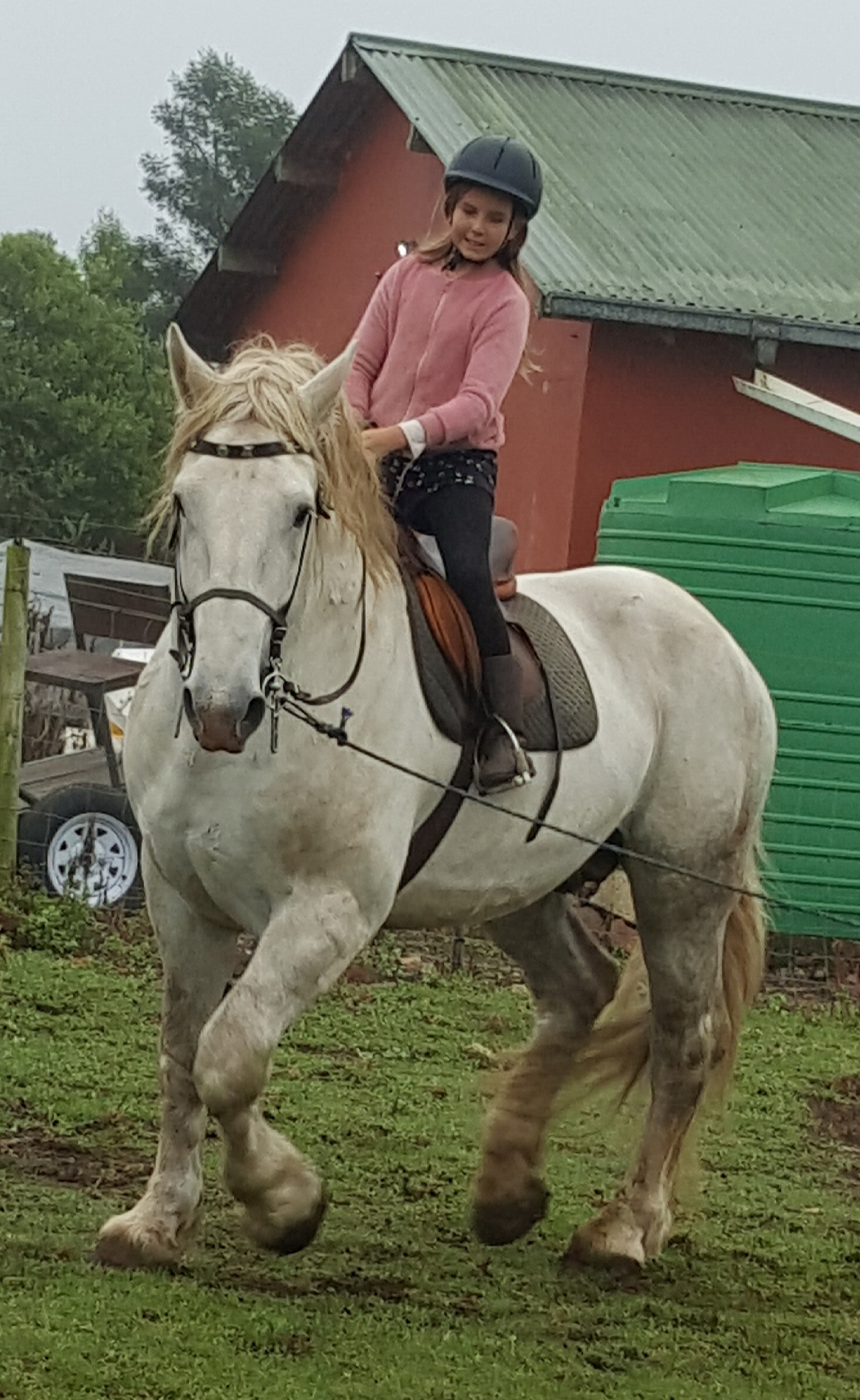 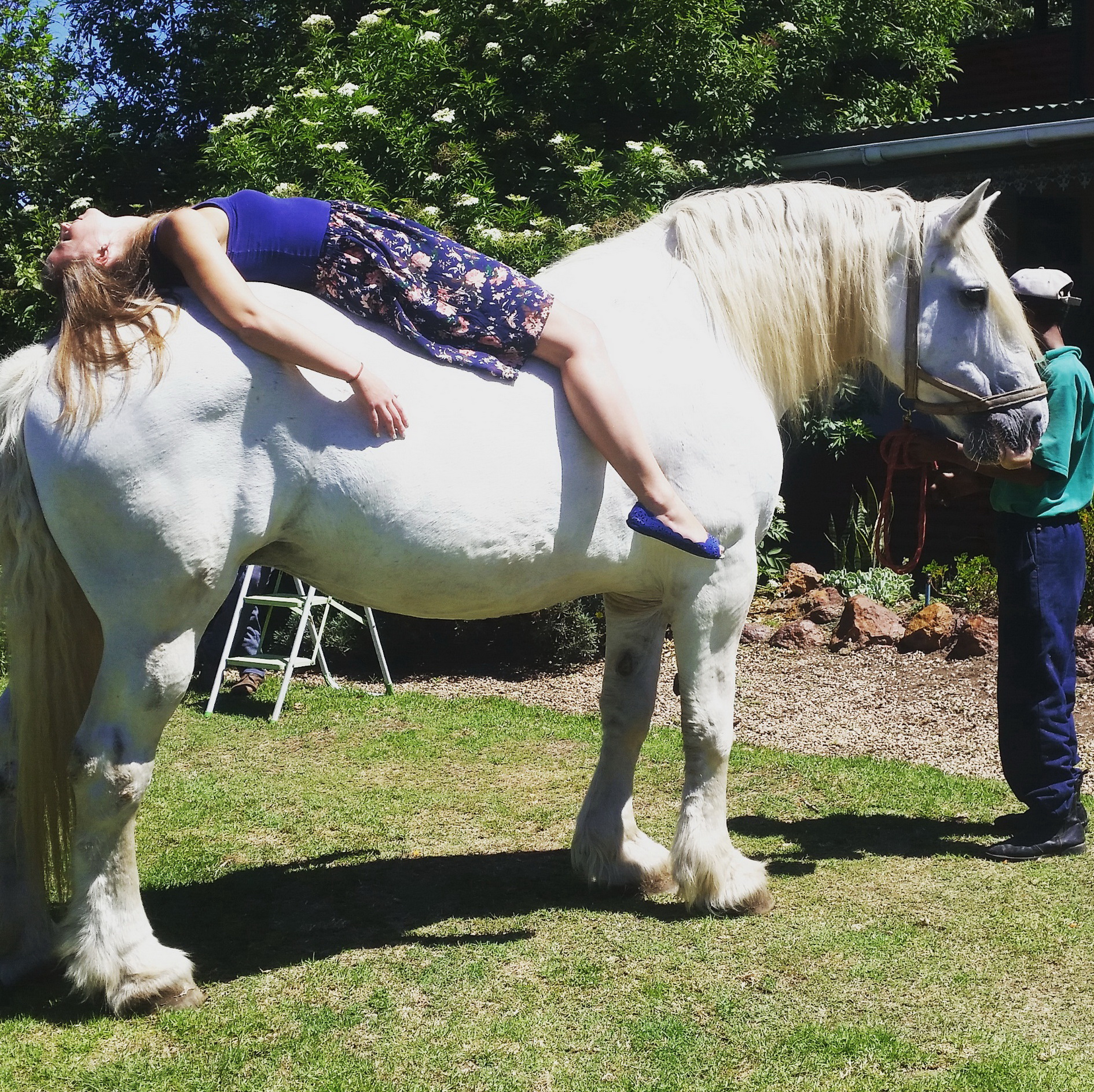 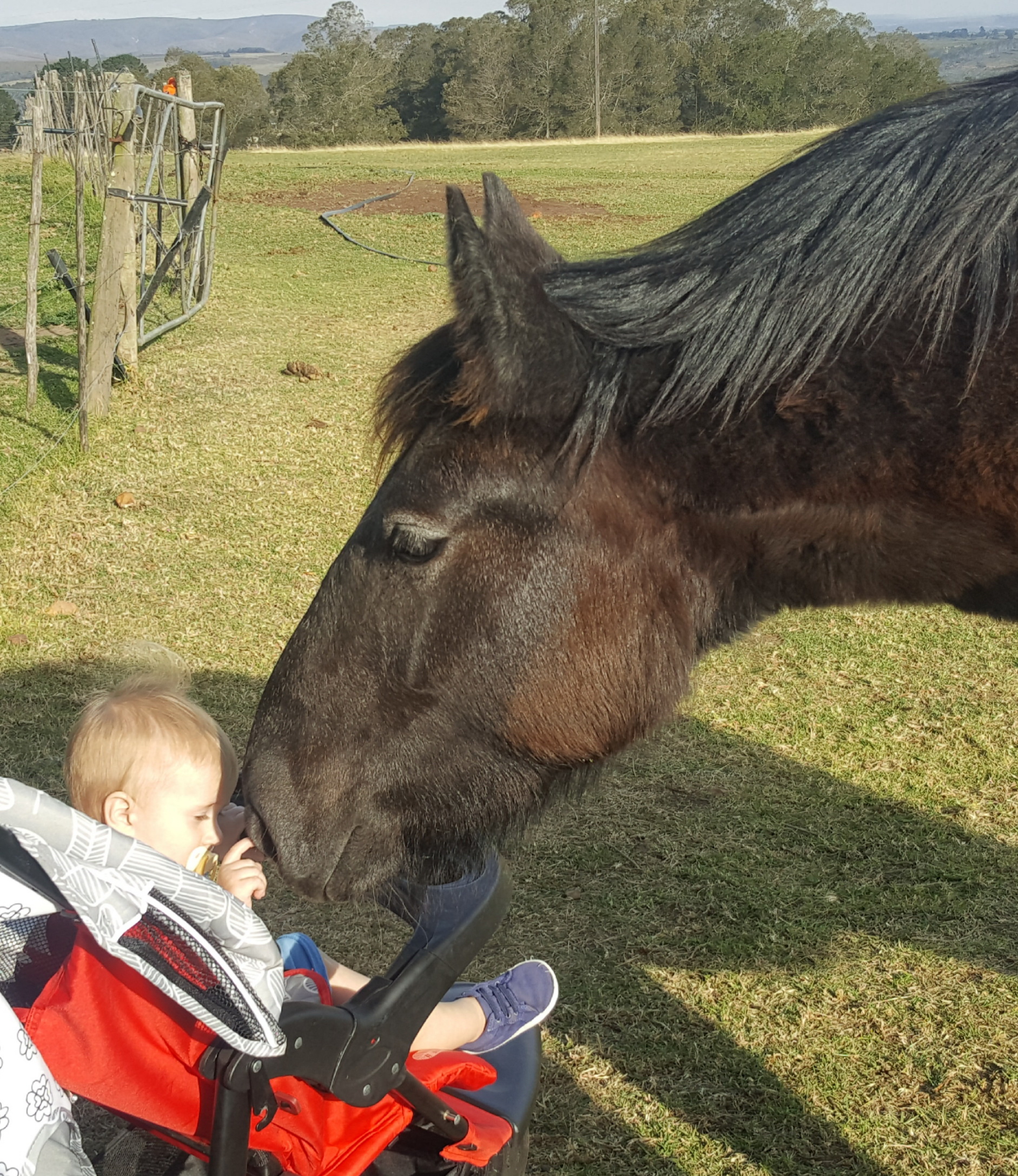 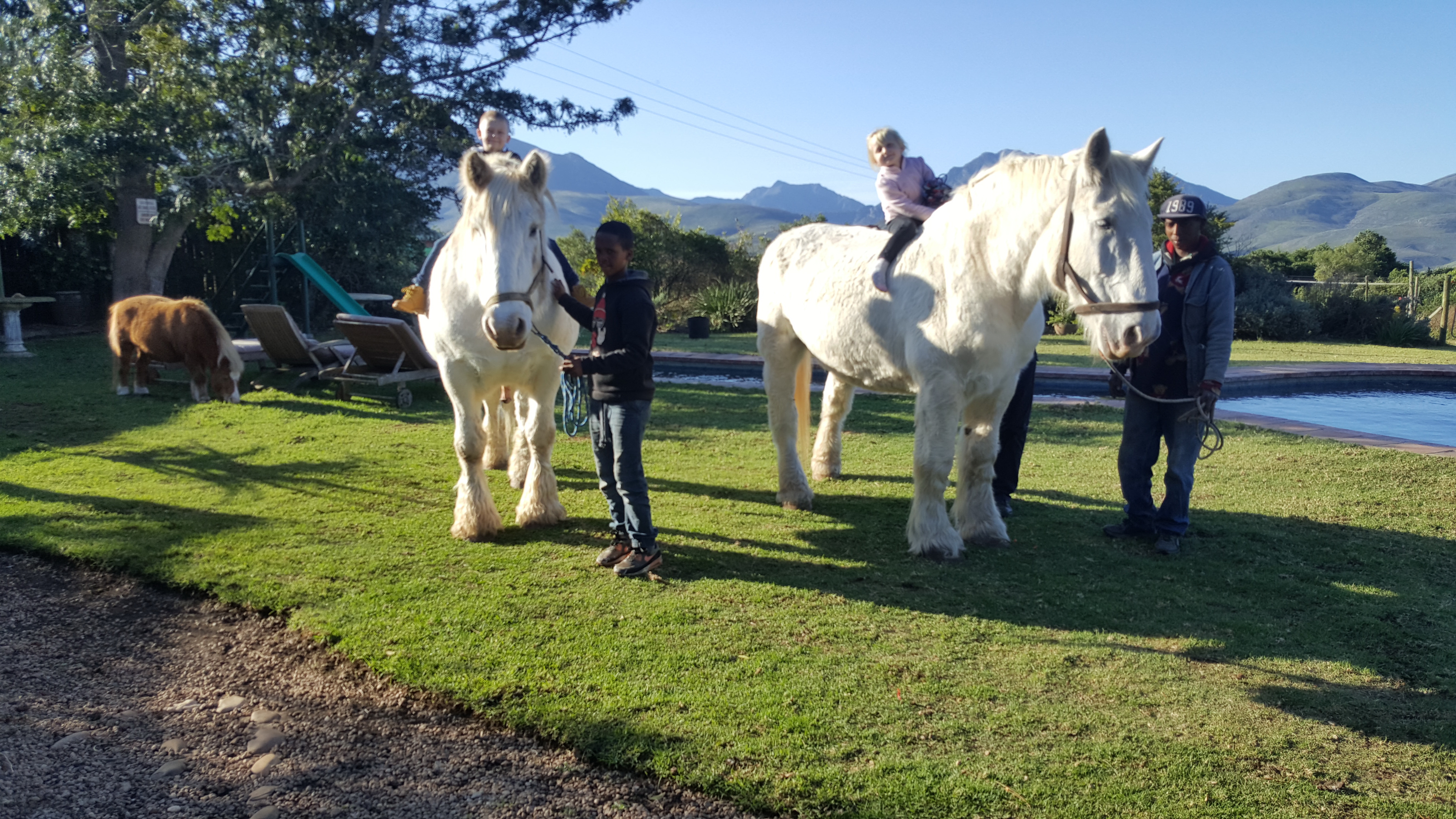 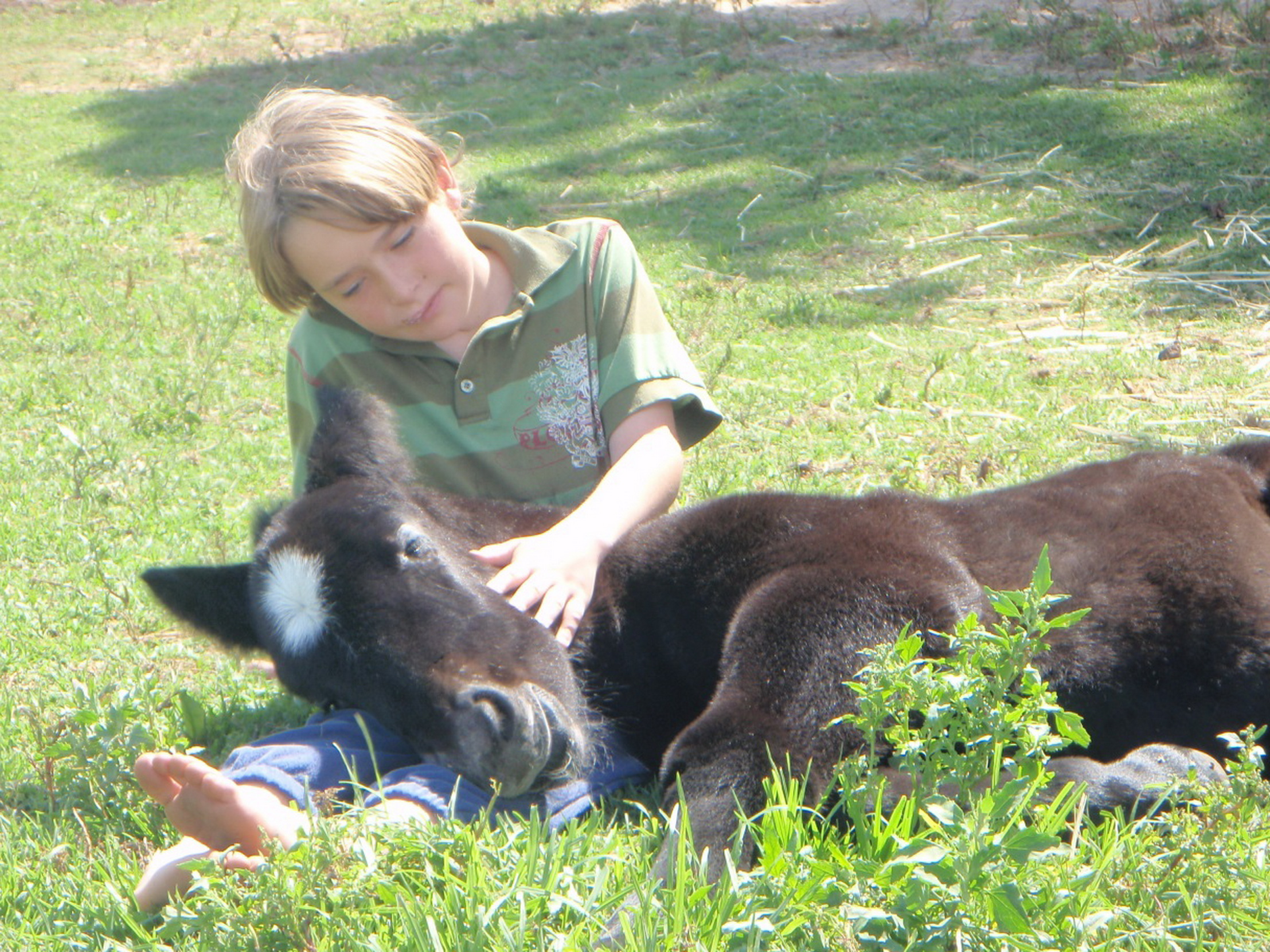 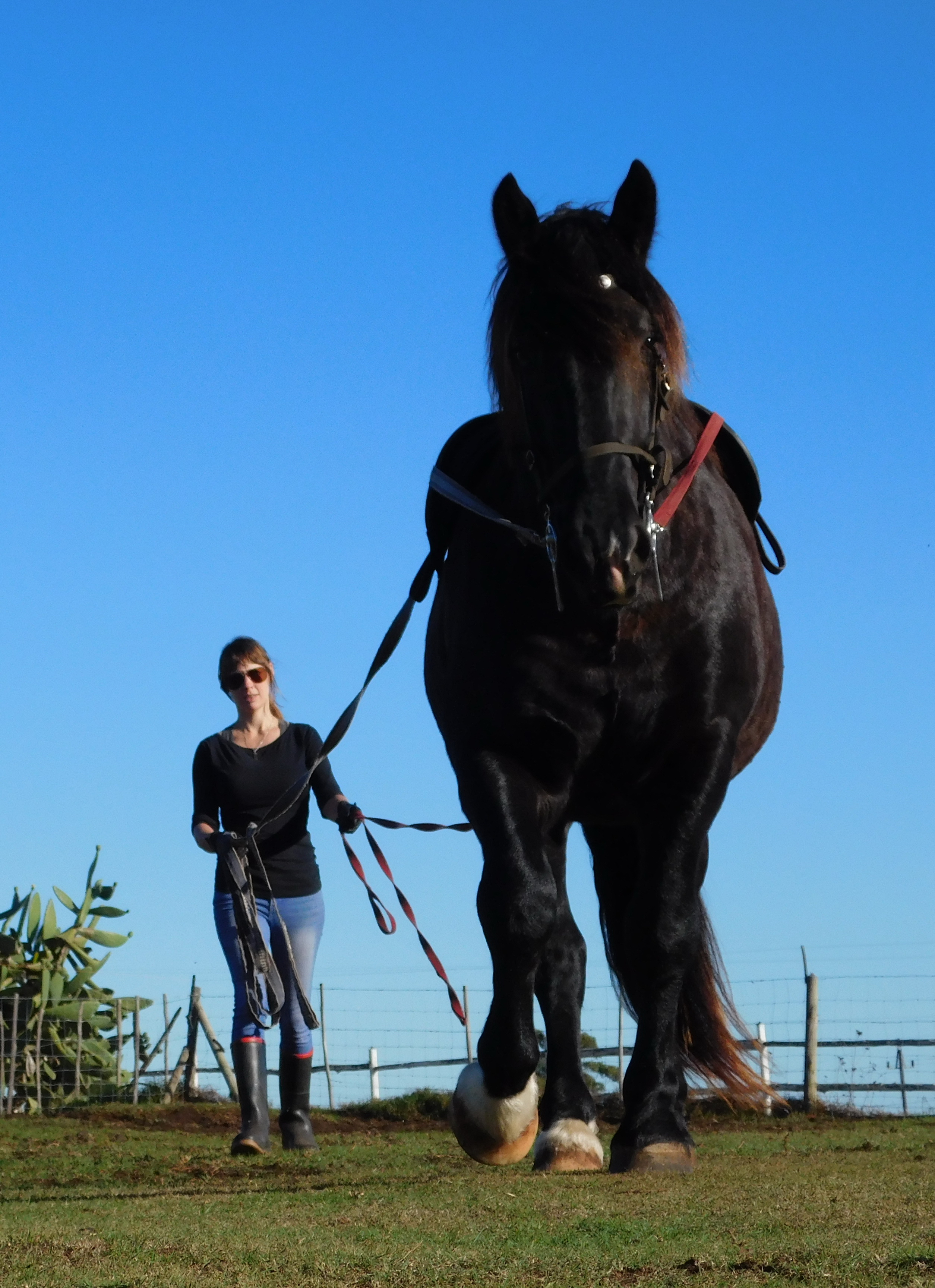 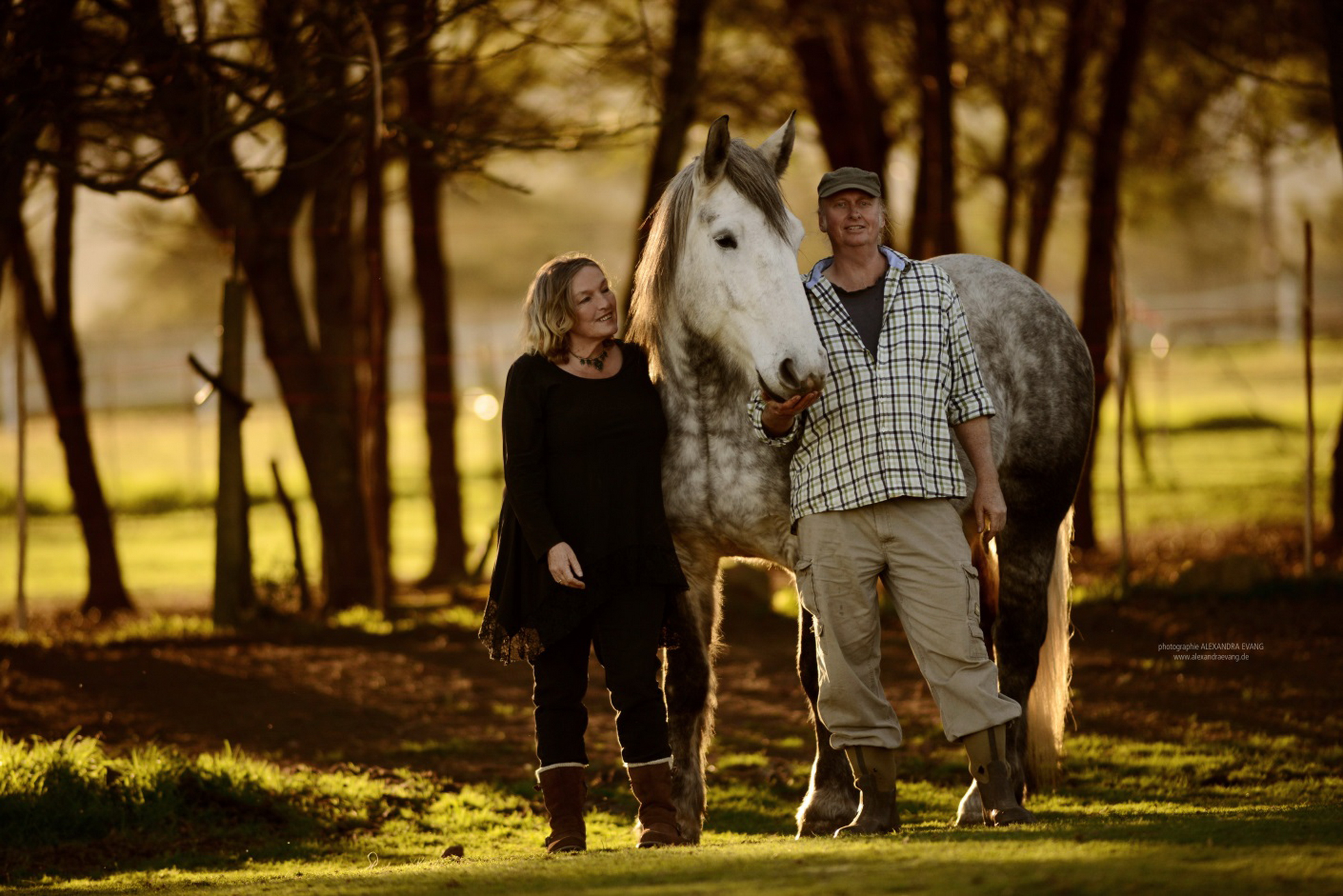 THE RELATIONSHIP BETWEEN HORSES AND HUMANS

The relationship of humans and horses has sustained the world again and again throughout the centuries. For 10,000 years horses were central to family life. The earliest signs of the partnership between horses and humans were found in two lonely graves hundreds of miles apart from each-other; on the Asian steppe near to the old silk route lay one grave and in Egypt the other. These ancient humans had so revered their horses that they had elected to be buried with them.

What has happened to us? We hardly know horses anymore and that magical archaic companionship is all but lost to us. For ten thousand years the human spirit has been bound up with the spirit of the horse. Everyone knew horses, horses were the key to our lives and they set up a balance for our temperaments whether we realise it or not and this intrinsic balance has been lost. In order to work with a horse efficiently you have to be in a certain state of mind, it could be called the perfect state because you have to be so well balanced psychologically.

The horse is a herd animal which depends on the alpha mare for all its signals. The alpha mare is firm, fair and strong and all her instincts are for the good of the herd. The other horses read her at an emotive level and take all their cues from her. They in fact mirror her emotional behaviour and read her emotional signals with a hundred per cent accuracy and their lives depend on it. The trust between the alpha mare and the herd is absolute.

When we work with horses we have to become the alpha mare which is a very hard position to fill indeed. We have to become unselfish and put the horse first. We have to moderate our tempers; overcome our fears and bring ourselves to a point of objective stillness in order to work well with a horse. The old horsemen called this the feel.

It has only been in the last 100 years that motor cars, trucks and tractors have replaced the horse. In those hundred years we have lost that moderating factor in our lives and we have lost the great spiritual link to our souls. We are dislocated in a terrible mechanical limbo.

In acquiring the motor vehicles we have gained freedom of covering great distances at speed but this has been paid for with a huge price. Not only is our planet becoming increasingly inhospitable to life but we have lost touch with life and living things.